UC Berkeley’s Housing Efforts Have Stalled, but Other Projects are Making Progress

This article by Meghan Hall originally appeared on The Registry SF.

The city of Berkeley has made national headlines over the past several weeks as Cal cuts its enrollment after the university’s attempts at expansion became mired in CEQA litigation. However, as Berkeley continues to grow and demand for new housing arises, private development teams are pursuing projects of their own. At 2150 Kittredge, plans are moving ahead to construct a seven story, 169-unit residential apartment building.

The project is the brainchild of East Beach Capital and Pinnacle Partners, with designs from Kava Massih Architects. For Pinnacle Partners, who provided financial backing for the project, Kittredge is the firm’s second project in Northern California. The development site sits at the heart of downtown Berkeley, just across the street from Edward’s Stadium and near the Berkeley Art Museum. 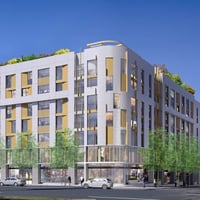 Why Investing in Multifamily Properties is a Hedge Against Inflation

It’s no secret that inflation has dramatically increased over the last year. With everything... 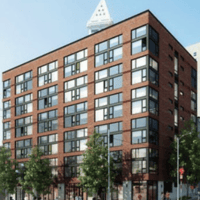 Pinnacle Partners is proud to have participated and partnered with Nitze-Stagen in the Canton... Spectrum Development Solutions and Pinnacle Partners are teaming up to build a 160-unit apartment...